Car manufacturer Joe realised he needed a career change when his day job became monotonous, stressful and uninspiring. Difficult trading conditions gave him the escape he needed; Joe took voluntary redundancy at the start of 2020 and was left considering his options – work for another employer, or go it alone? He opted to launch a franchise with ChipsAway and hasn’t looked back.

Working for a luxury car maker on the production line, Joe was a crucial cog in a very repetitive process. What started out as a habitual role quickly became tedious, with Joe’s entire team following the same routine, day in, day out. He knew he wanted something different.

He said: “We worked shifts, so I’d see the same people at the same time, every single day. We ate lunch together and left the building together. The process and this stagnant routine meant we became like robots and it started to affect everyone’s attitudes towards work. The environment became difficult, stress levels were rising and even when we exceeded targets by working longer hours, there was very little thanks or credit for it.

“I realised I was only ever going to be a number and that I didn’t want that for the rest of my career. I wanted something which suited me, my schedule and my interests.”

A step into self-employment

In a twist of fate, Joe was offered voluntary redundancy at the same time as he began to consider his next steps. With some capital at his disposal to invest in something new, and wanting a role which worked around him, he decided to explore self-employment options.

He said: “Being someone else’s employee is a great career choice for some people – lots of my friends are very happy in their jobs. But I knew that if I went into full time employment again, no matter how hard I worked someone else would reap the benefits, they would choose my hours and I wouldn’t have any form of work/life balance. Additionally, I don’t want to take stress home on behalf of someone else. I work hard and I wanted an option which provided me the advantages of that.

“I looked into different options, and franchising caught my eye.”

The franchise landscape is filled with variety, and often people join a completely different industry than they’re used to. But for Joe, familiarity was the appeal.

“I have an interest in cars, and I’ve tried my hand at vehicle repairs in the past, so ChipsAway looked particularly interesting. What stood out to me was that, while I was used to working on a production line focusing on one small element of a car, working with ChipsAway would see me start and finish a whole process – something which I knew would give me great satisfaction.

“Reading into ChipsAway the reviews were good, there are opportunities for progression and while you can be your own boss, help is there if you need it. It sounded exactly what I was looking for.”

Taking the plunge into self-employment and franchising can be daunting. There are several elements of business admin to consider in order to run your own company, but Franchise Brands and ChipsAway’s specialist training ensured Joe could get off on the right foot, and learn the pillars for future business growth.

He said: “After I paid my deposit, I began looking ahead to the training. Even before that point though, the ChipsAway team was on hand to offer their support or answer any questions I had about getting set up. The training programme let me settle into my new role easily and though it was in-depth, quite technical and I often thought ‘I can’t do it’, the mentors would always make me see that it was possible. I’m still in contact with them today, asking questions as and when they crop up, which is a real comfort.”

Joe had paid his franchise deposit ahead of the UK lockdown that was introduced as a result of Covid-19 – something he and most other franchisees hadn’t ever anticipated affecting their business. While the lockdown stalled Joe’s ability to launch, it worked in his favour.

He said: “The national lockdown gave me the time I needed to prepare to launch the business, and actually made the transition to self-employment easier.

“In my previous role, I was working shifts – days and nights – which had taken its toll on my sleeping patterns. Having a few weeks at home in lockdown before starting my new career helped me get on top of that.

“That said, the day I went live was nerve wracking. I didn’t know what to expect or if I could handle the pressure of running my own business. I tried to focus on everything I had been taught, all the positive messages the trainers had sent to me and decided to go for it. After a couple of weeks, everything fell into place and I haven’t looked back.

“I now have a daily schedule which is built around my family and hobbies, my mood is better, and I feel more alive than I did in my previous career. I have the freedom to do last-minute coffee dates with my fiancée or play a midweek football match, which I was previously missing out on. I see more of my family and friends, and I’ve worked daily exercise into my routine.

“Plus, we are still in a pandemic and not able to do a lot of the things we would usually do. So, I’ve not really made the most of the possibilities being my own boss provides just yet!”

Joe is reaping all the benefits of working for himself and knows there is even more to come. For him, like so many who join a franchise network, running his own business is giving him the challenge he was always looking for and he’s excited about the future.

He said: “Of course there are stressful days – I’m running a business. But I’m doing it for me, to make my life a better one, and that makes everything worth it.

“The future is looking so much brighter and I have a clear plan as to where I want to go and what I want to achieve. Without taking the leap into franchising, I would still be in a world that felt unclear and unknown, where everything was for someone else’s gain.

“To anyone considering franchising I would share the same advice I received before I made the jump – go for it, because you don’t know where it will take you. ChipsAway has opened brilliant pathways, has changed my life for the better and has put excitement back into my career. Long may it continue.” 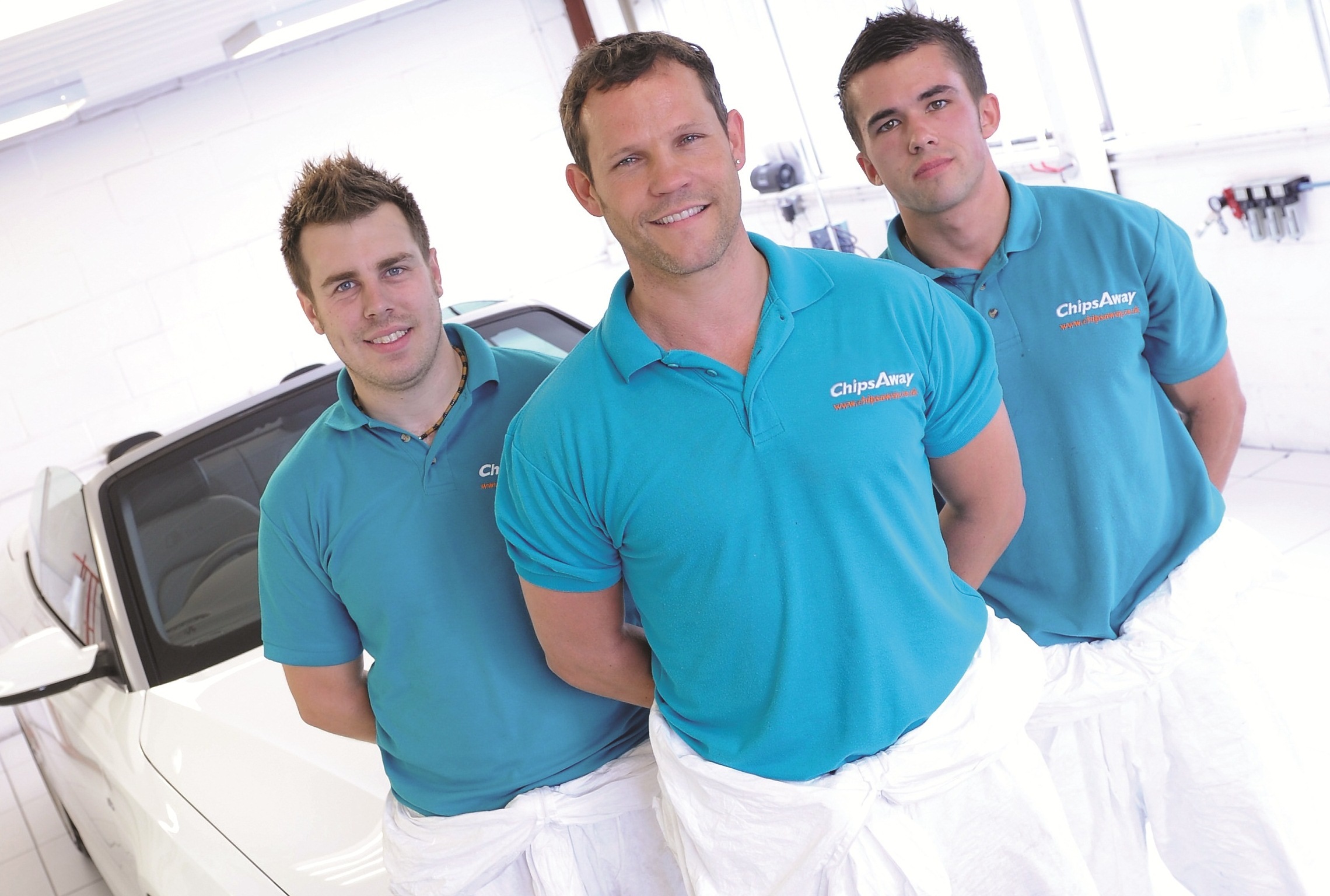